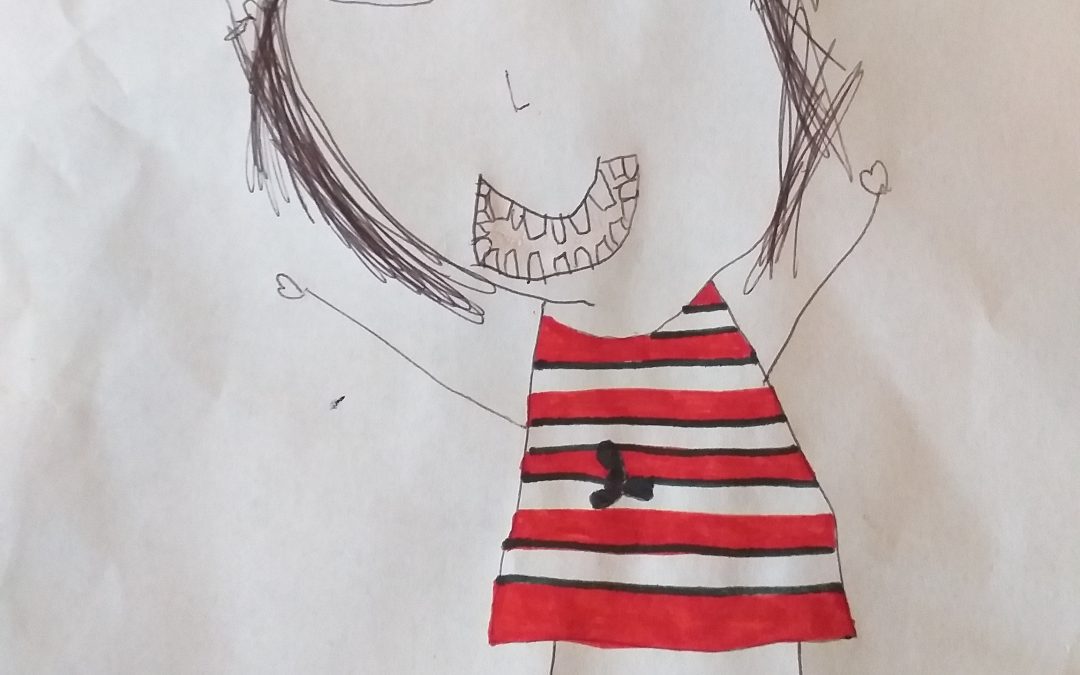 Pandora had just been given a brand new mobile phone with a glittery cover for her birthday.

She was delighted because her bothersome brother smashed hers on the trampoline ( and maybe not by accident) .Every day she waited patiently at the bedroom window for the postman’s red coat to appear .At last it arrived! Pandora was so happy because she could video call grandma and grandpa again .

It had been weeks since Pandora chatted with them . They were staying indoors and couldn’t have visitors for a while. Pandora knew that gran and grandpa had tea at 3 every day in the living room along with some sort of squishy loaf with millions of raisins… yuk !

So at 3.30 grandma answered the call . Pandora, fiddling around with her new buttons accidentally put a funny filter on the screen which made her look like a pirate. She had an eye patch , striped clothes and a funny red hat with a dangerous looking skull and crossbones.

Her teeth looked like they were made of steel ! Gran almost dropped her cup ! “Pandy is that you ? Have you grown a beard ?” “Arrr!!! “ replied Pandora Grandpa chuckled as Pandora did a funny dance on screen . Gran and grandpa laughed out loud . “ Press the round button in the centre of your iPad grandma “ Pandora teased.

Pandora’s grandparents looked like they never had before! They became punk rockers with spiky multicoloured hair and electric guitars at a concert, scuba divers in the Great Barrier Reef, astronauts in space and fearsome Vikings on long boats ! Pandora chuckled and in her pirate voice exclaimed “ You may be marooned me heartys but you’ve have been on some great adventures today!”