Clifford and The Quad 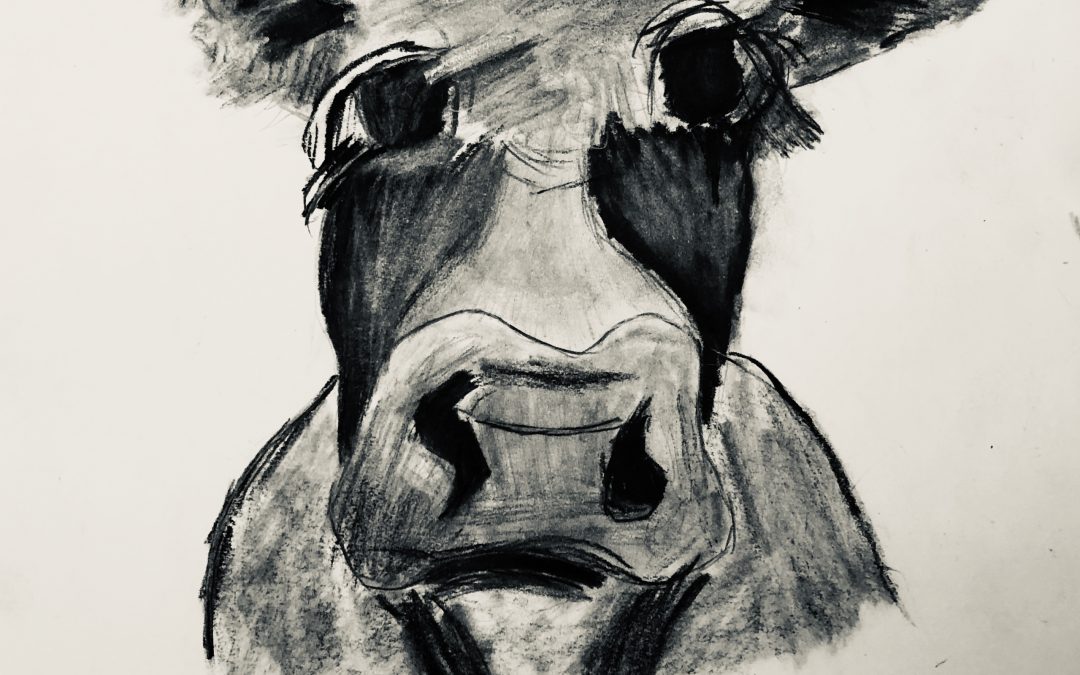 Once there was a cow called Clifford. Clifford was a bored young cow and was fed up mooching around his field. He wasn’t happy just standing chewing the green grass like his brothers and sisters. He had already explored every inch of the field he lived in, scratched his back against every tree and flicked his tail at every fly in the country. Bored! Bored! Bored! He could hear the farmer on his quad in the next field, rounding up the silly sheep with his ditsy dog. “Stupid sheep!” Said Clifford. “Daft dog”. Oh dear Clifford was indeed in poor form.

“Tea up and don’t dare come into this kitchen with those boots or that dog!” he heard the farmer’s wife shout. The farmer climbed off his quad, called the dog and off they went for tea, scones and home made raspberry jam if they were lucky. Clifford swished his tail even harder. “I’m soooo fed up” he thought, “ nothing ever happens here”. He lumbered off to the small ditch which separated the two fields to have a drink of water. The farmer’s quad sat shining in the sun. “MOO” said Clifford grumpily. The quad didn’t answer. Clifford stood and stared at the quad for a few minutes and an idea slowly formed in his head, needless to say a naughty idea.

What if……. he thought. He looked all around, there wasn’t a one about; all his goody goody brothers and sisters were at the far end of the field with their mother. Clifford looked at the quad again

“Moo” he said. The quad said nothing. Clifford walked through the muddy ditch and was suddenly beside the quad. He nudged it’s handlebars and nothing happened. It’s now or never he thought to himself. He climbed aboard the quad and held on with his two front hooves and kickstarted the quad with a back hoof. The quad took off and Clifford with it. It shot off up hill and down dale and the silly sheep scattered, bleating and baa-ing for all they were worth.

WHAAAHEYYYY shouted Clifford as he shot round the field. BLIMEY shouted Clifford as he bumped over a mound of soil. YIPEEEE, HOORAYYY, TALLY HOOOOO, GERONIMOOOOOO he shouted as he flew back down towards the ditch. In his excitement Clifford realised he didn’t actually know how to stop the quad. The watery ditch grew closer and Clifford’s eyes grew bigger. Just as it was about to land in the water, Clifford jumped off and back into his own field. He was breathless with excitement, what an experience.

Suddenly he heard the farmer opening the gate. The handlebars of the quad were underwater and one wheel was still spinning. “Whatever has happened here?” said the farmer to his dog whilst scratching his head. He looked across the ditch to where Clifford was chewing grass. “Moo” said Clifford. The quad said nothing!